This is just a test alert. Click here to learn more.

How Mom's 70th Birthday Led To A Startup

I pressed play and watched with bated breath. We were all sitting in the living room of my home, including my wife, our young children, and my parents. Everyone’s stomach was full after having celebrated my Mom’s 70th birthday at a delicious vegan restaurant (her choice!). The MacBook placed on her lap was about to play a video that I had painstakingly spent many days to put together. Looking back, I had no idea (a) how emotional her reaction would be and (b) that I had started on a path to building VidHug. 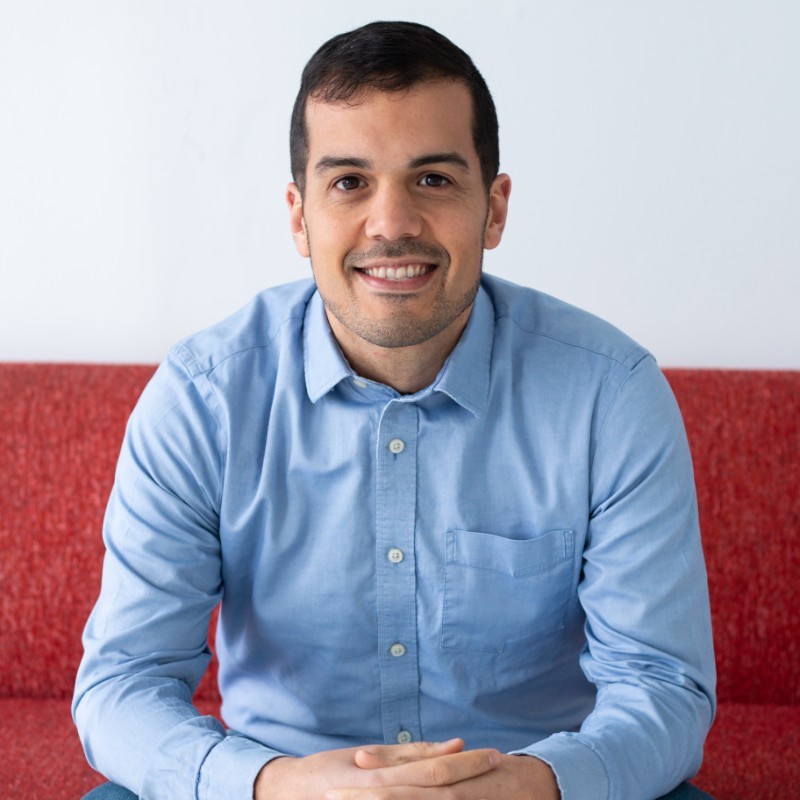 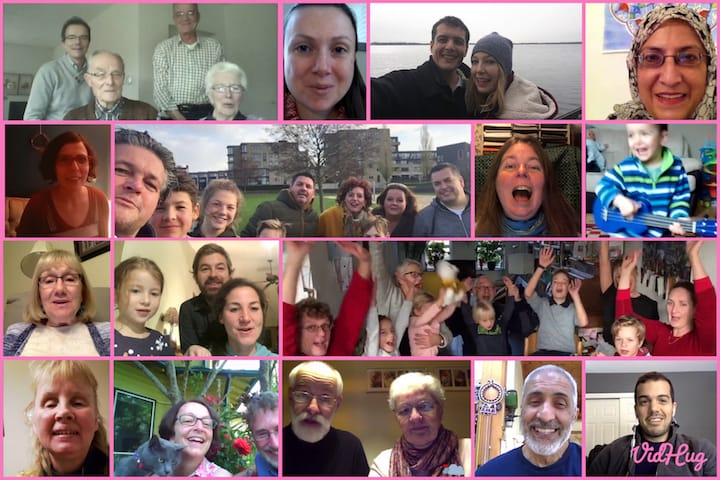 I pressed play and watched with bated breath. We were all sitting in the living room of my home, including my wife, our young children, and my parents. Everyone’s stomach was full after having celebrated my Mom’s 70th birthday at a delicious vegan restaurant (her choice!). The MacBook placed on her lap was about to play a video that I had painstakingly spent many days to put together. Looking back, I had no idea (a) how emotional her reaction would be and (b) that I had started on a path to building VidHug.

Hard To Buy For

Corine, my mother, undoubtedly like someone in your own life, is notoriously difficult to buy gifts for. She doesn’t have material wants and spending a lot of money is a surefire path to her disapproval. If you ask her, she’ll tell you that she doesn’t need anything other than your love, presence, and maybe a hug. To understand why, you need to know her story.

Corine grew up in the Netherlands shortly after its WWII liberation, a stark reminder of not only how quickly one could lose everything, but also of the what truly matters in life: the people we care about. She became a teacher, fell in love, got married, had children and then… flipped the script, uprooting her entire life to immigrate to Canada with my Dad and three kids under the age of 10.

The decision to move across the Atlantic was selfless; to provide a better future for her children. In the process, she left behind her parents, siblings, best friends - everyone. I still recall, with much guilt, admonishing her as a tearful 6 year old for moving us to a new country and dragging me away from my friends.

Canada is and has long been our home now. We wouldn’t have it any other way. That doesn’t diminish that both of my parents sacrificed immensely in terms of relationships. Living in an age without Facebook, e-mail, texting, or even affordable long-distance calling didn’t deter Corine from maintaining those bonds. We traveled back rarely, when we had enough saved up, but mostly she wrote letters. Hundreds of them. Handwritten, beautifully penned, in the brief moments between being a wife, mother, and teacher. Many people, myself included, would not have the determination to keep it up, but she would not let her dearest connections flounder.

And that leads us back to who Corine is today. A woman grateful to have been able to get by with her family through hard work, never wanting (or having a chance at) material wealth, and valuing, above all else, her ties to family and friends.

So what do you get for that impossible-to-buy-for person? That’s the problem we faced leading up to Mom’s 70th birthday. Fortunately, after some fruitless brainstorming amongst siblings, my brother’s girlfriend came up with a great idea: get all of Corine’s friends & family (spread out across Canada, Europe, and more) to record a video wishing her a happy birthday, edit them into one pretty package and voila!

Everyone loved the idea and I volunteered to take the lead. Mainly because as the resident techie of the family, there was no way I could avoid being in charge anyway. I thought about all work that would need to happen:

Just thinking about the process gave me a headache. My next thought was:

It’s 2016, there has to be a website or app out there that does this for me

But to my surprise, a Google search for helpful tools came up empty. I was on my own and the clock was ticking.

“If necessity is the mother of invention, then laziness is the father.”

Like most software engineers, I don’t do well with manual labor. If it can be automated, why not? So while I didn’t have enough time to code away all of the work that lay ahead, I threw together a little website that allowed people to record videos and submit them to me all in one place. Actually, “website” is far too kind - it looked like this:

Yet, despite its hideous appearance, it worked. While not without some hiccups, the videos started rolling in. I was pleasantly surprised when one of Corine’s best friends, in her late 60’s and not technically savvy, submitted her own video without assistance. At the end, 23 videos had been submitted, recorded with phones and webcams from Canada, the Netherlands, Australia, England and more. There was nearly 30 minutes of footage starring people ranging in age from a few months old to nearing 90.

While I knew the gift was shaping up well, the work was not finished. Next I had to download all of the videos, totalling several gigabytes of data. Then I spent a few hours in iMovie composing them into a single montage, with a title, some transitions, and a bit of background music. Despite having a relatively powerful MacBook Pro, it still took about an hour to render the final result.

The video was ready! Though I didn’t know how it would be received, I was proud of the result. And exhausted.

Fast-forward back to our living room, with Corine watching her personalized, just-for-her video. It starts off with my wife, then myself, two people in the room with her, no big deal. But as soon as her family and friends, old and new, start appearing, I know this is something special. She’s not only watching the video, but interacting with it. Corine is literally speaking to her friends, saying “hello” back as they greet her. As the appearances continue, people increasingly dear to her show up, ending with her oldest brother Henk, who despite being in his 80s, has Corine in stitches after telling an old Dutch joke.

At the end of the video, Corine is speechless and in tears. She turns to me and pulls me in for an embrace that seems to last forever. It’s the exact same hug I used to get when I was just her little boy and a moment I’ll always remember and cherish. When she finally finds her words, she talks about everyone she saw - including her friend who now lives in Australia and whose face she hadn’t seen in nearly 25 years. At that moment I begin to realize, this gift isn’t about a nice-looking video, it’s about real human connections, the kind that seem increasingly difficult to make.

A Startup Is Born

In the days that followed, in typical Corine fashion, she wrote e-mails (yes, even my mother has modernized) to every single person in the video to thank them. It was all about the relationships. She raved about the video and watched it over and over. What’s more, people who had participated were asking how they could create the same thing for their own special occasion.

While there was an obvious demand, I knew people wouldn’t have the time or in many cases ability to put it all together. So I set about to build an app that would do it for them. As I wrote the first lines of code, there was a lot of uncertainty, but what I was convinced of is it needed to be easy-to-use, privacy-first, and most of all empower people to create something beautiful and meaningful.

After a year of building, testing, and a successful private beta, VidHug was launched. With it, you can invite friends & family to record videos for your surprise gift in matter of seconds. When everyone has contributed, VidHug automatically generates a beautiful montage, guaranteed to deliver a smile and maybe even tears. Today, there is no better feeling for me than enabling people from around the world to create the same meaningful moment that I shared with my mother.

Zamir Khan
Search our blog:
Fun
News
Product Updates
Tips & Tutorials
All
Also find us on:
Filter by Category
More from our blog: 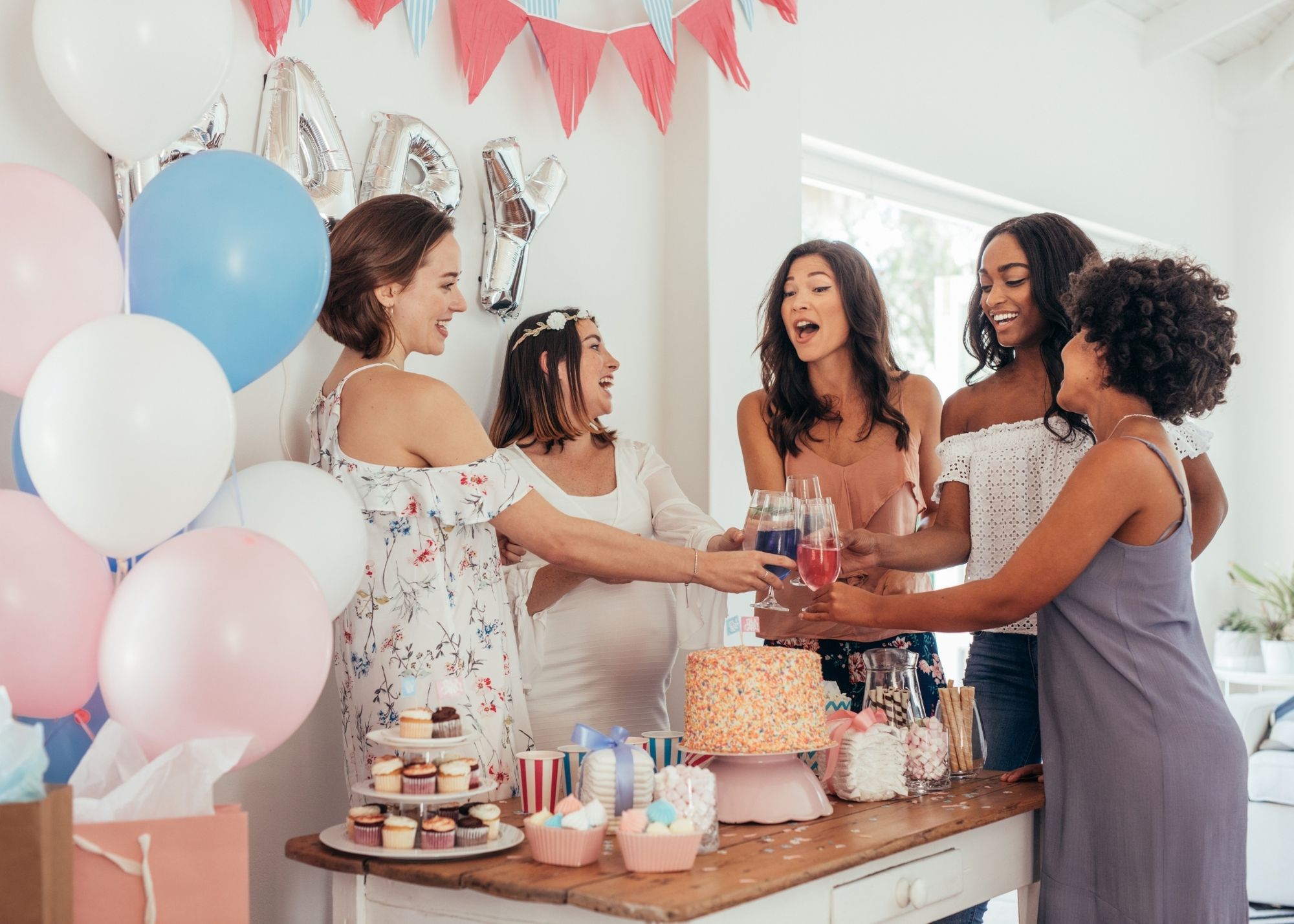 Baby showers and gender reveal parties are a great time of anticipation and excitement, as parents-to-be prepare to welcome a new person into their family and the world. They’re both a great time to get together with family and friends to celebrate. 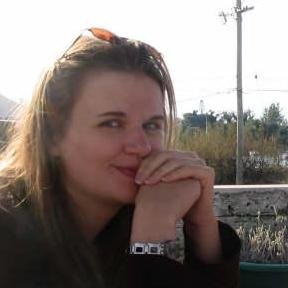 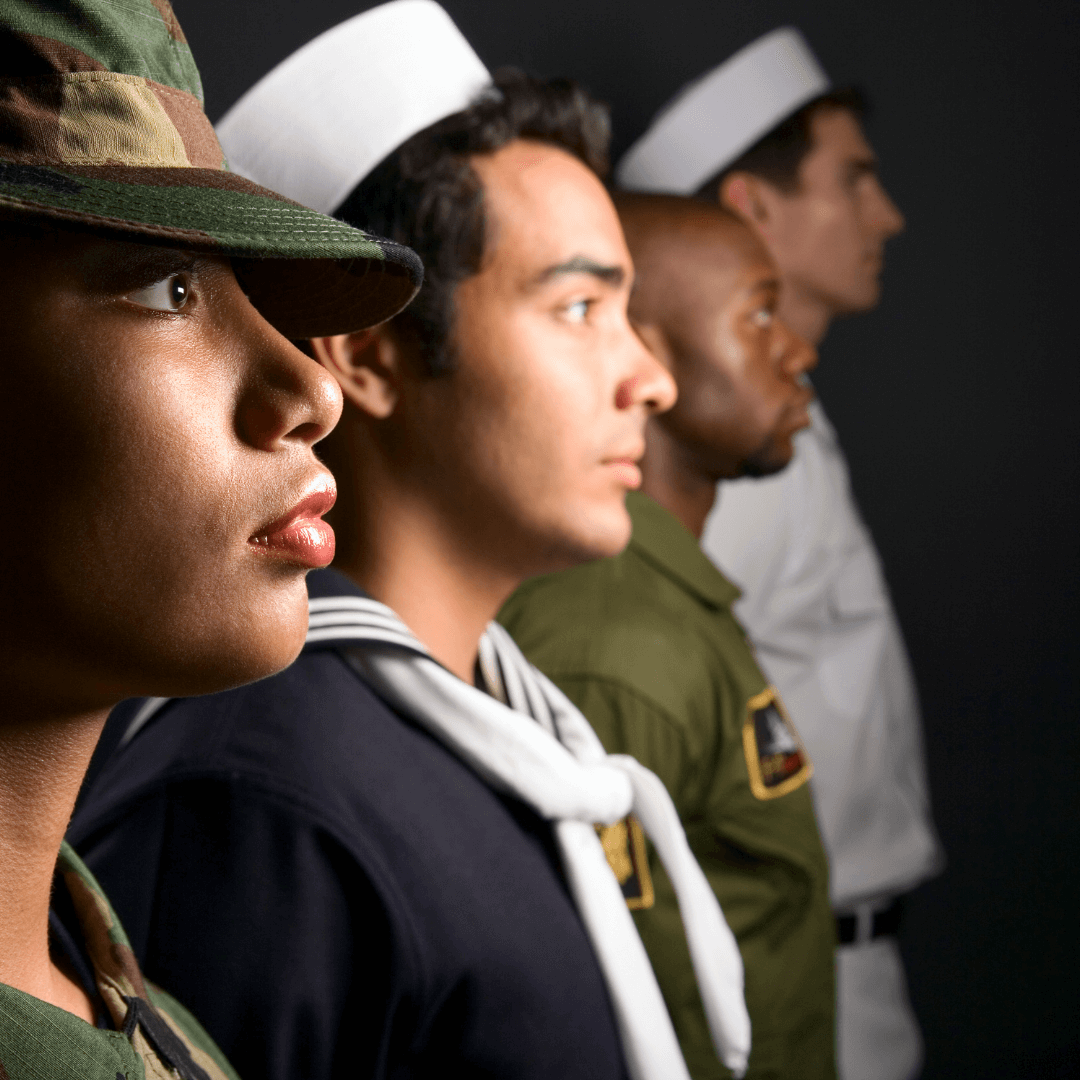 Tips & Tutorials
Showing Love and Appreciation for our Armed Forces

The entire month of May is dedicated to appreciation of our Military. Here are some ways that you can share your appreciation for our Armed Forces and Veterans. 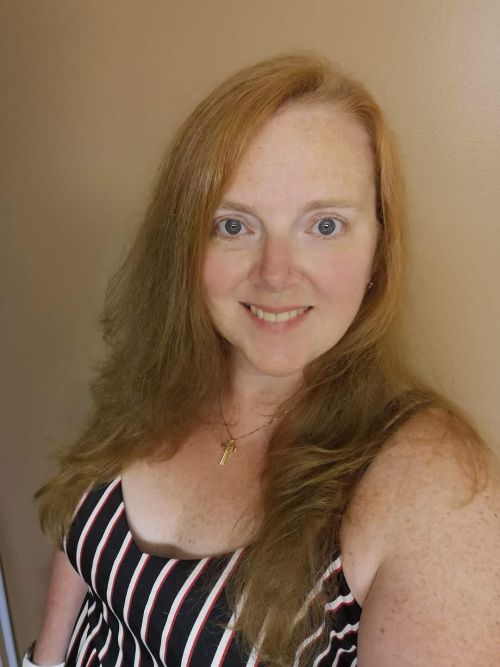 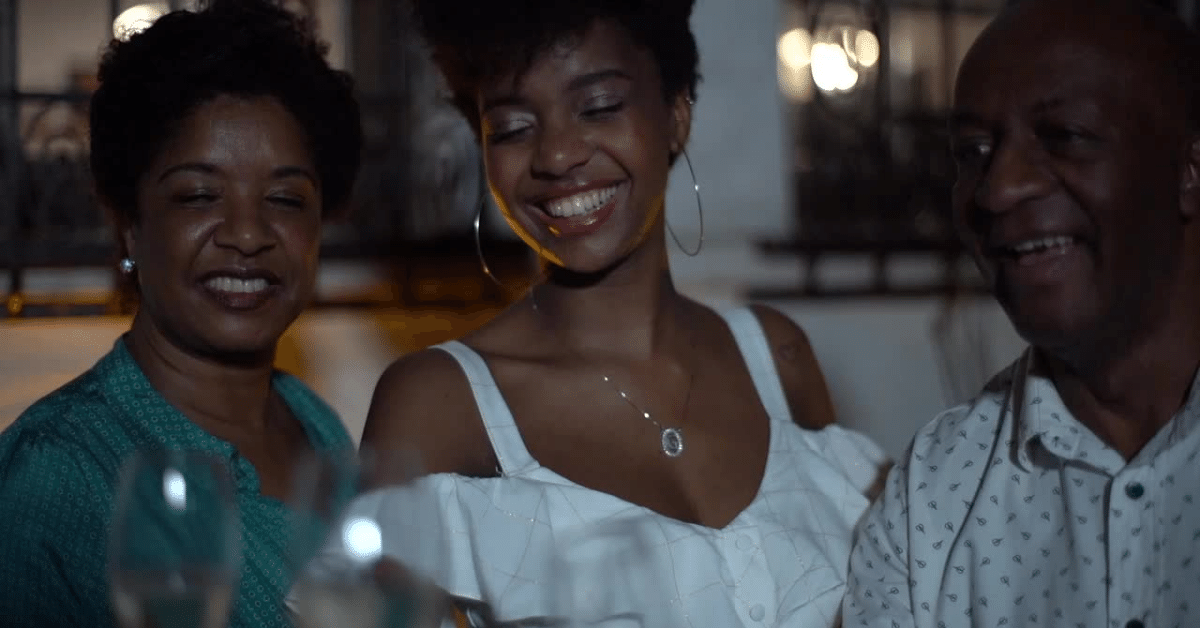 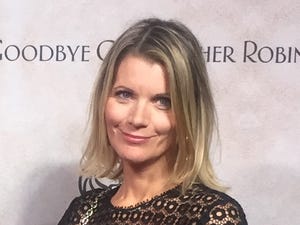